The RAF brought to Darul Uloom an exhilarating event greeted with laughter, awe and fascination. A group of representatives visited the school and delivered a fantastic presentation about planes, jets, drones, virtual reality and the careers awaiting them should they join.
Students learnt about a plane’s engine that alone measures up to a multitude of that of buses, they pleaded to be next as they watched their colleagues wander around in a virtual world induced by the virtual headsets they wore and the session was concluded with a burst of energy as they took to the playground to witness a roaring plane that engulfed the school in its sonic screech 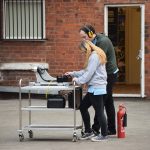 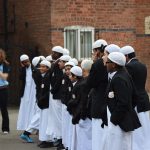 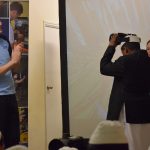 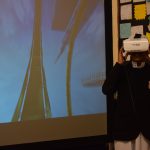